Potter, a leading provider of mission-critical products to the fire and life safety industry, announced it has appointed Gerald Connolly as CEO, effective July 29. As had been planned since Gryphon Investors made a majority investment in the Company in 2017, Mr. Connolly succeeds Bernie Lears, who has elected to retire after almost 40 years with the Company and who will continue to serve on Potter's Board of Directors as a Vice Chairman.

Mr. Lears served Potter in numerous roles, including as President and CEO for the past 21 years of the Company's 120-year history. He solidified the Company's commitment to quality and customer service, which has become its cornerstone. Mr. Lears noted,

"I am proud to have spent my career building a leading fire safety business, and I am looking forward to working with Gerry and Gryphon on innovative solutions for Potter's continued success in the future." 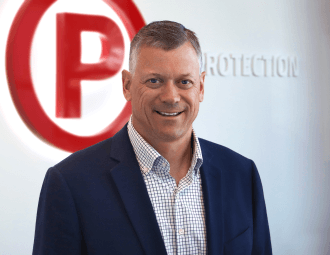 Mr. Connolly is an accomplished 30-year veteran of the building solutions and fire safety industry. He comes to Potter most recently from electrical and digital building infrastructure specialist Legrand SA, where he was President of the $500 million wiring device solutions division, Pass and Seymour. Prior to that, he served as Vice President and General Manager at Brooks Automation, where he turned around a $150 million technology division and developed their strategic growth plans.

Prior to Brooks Automation, Mr. Connolly served as President of Kidde-Fenwal, Inc., a United Technologies company, where he initiated growth strategies as he oversaw global expansion plans for this $350 million fire and safety division. While at Kidde-Fenwal, he also served as General Manager, Global Fire Protection Systems. Earlier in his career, Mr. Connolly held various roles at Advanced Safety Systems, Inc. and Pittway Corp. Mr. Connolly holds a B.S. in Electrical Engineering and an M.S. in Engineering Management from Northeastern University in Boston, Massachusetts.

"We are grateful to Bernie for his almost 40 years of service at Potter. During his tenure, he led the Company through multiple growth phases, including the development of industry-leading fire alarm systems, and we look forward to his continued contributions as Vice Chairman of the board. We welcome Gerry to the Potter team and believe his extensive operations, sales and commercial experience, and leadership skills, coupled with Gryphon's extensive prior experience in the fire and life safety segment, will allow us to deliver on an attractive growth plan that will benefit customers."

"I have long admired Potter for its outstanding products and reputation, and I am now thrilled to play a role in the next stage of the Company's growth. As fire and life safety protection and code compliance become ever more critical in commercial, industrial, and residential buildings, opportunities for the Company will only increase. I look forward to working with Gryphon and the Potter team to continue the development of industry-leading products in sprinkler monitoring and fire systems, and to expand internationally. I am excited to build on the relationships Potter has cultivated with its key partners and customers to bring these products to market and cement our role as a global leader."

Back to All News